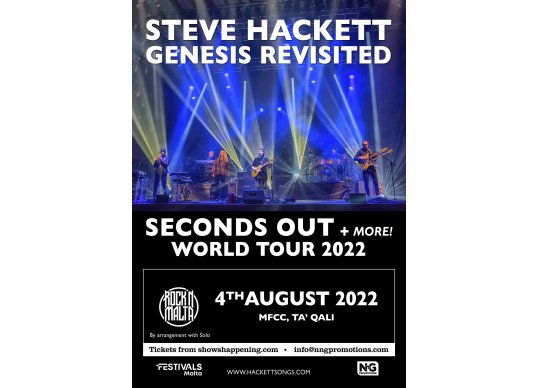 Genesis Revisited Prog legend STEVE HACKETT is returning to MALTA on August 4th 2022 for a stunning show which follows on his world breaking SECONDS OUT + MORE tour, which began in the UK in 2021.

Seconds Out was the hugely successful double album recorded on Genesis' 1977 concert tour together with The Cinema Show, from their 1976 tour, and featured STEVE on guitar alongside Mike Rutherford, Tony Banks and Phil Collins who had taken on the role of vocalist following the departure of Peter Gabriel. The tour included music from each of the six studio albums from Steve's time in Genesis and marked his final recordings with the band as he left to pursue his solo career upon its completion. After the hugely successful sold out tour of the UK with record audiences of over 40,000, and following the extensive North American leg, STEVE is thrilled to bring this show to Italy in July. In addition to the entire SECONDS OUT show STEVE and the band will perform some of his acclaimed solo material. It promises to be a night to remember. 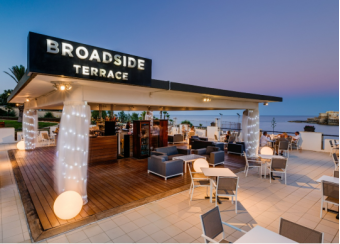 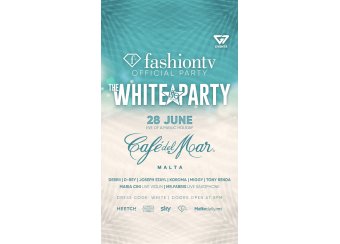 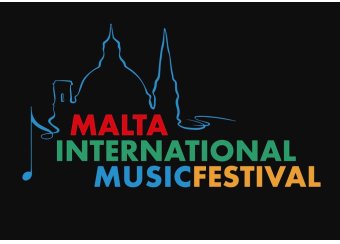 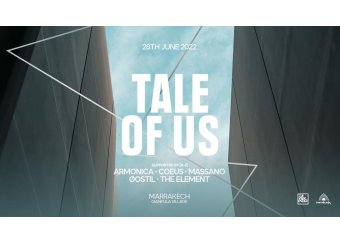